Welsh metallers BULLET FOR MY VALENTINE have released «Parasite», the second single from their upcoming seventh, self-titled studio album.

«‘Parasite’ is an absolute rager from start to finish,» the band said. «Easily one of the gnarliest tracks we’ve ever written. We couldn’t be more stoked to finally get it out there.»

«Bullet For My Valentine» follows the success of the band’s last album, 2018’s «Gravity», which saw the metal juggernauts’ catalogue surpass 1 billion streams in the U.S. That accomplishment solidifies BULLET‘s hard-earned status as one of the most elite bands in the hard rock scene.

On the last cycle, BULLET FOR MY VALENTINE played its biggest shows to date, including a U.K. arena tour and a massive show at London’s Alexandra Palace. But this time around, the band has taken things back to basics. «Bullet For My Valentine» is stacked with squealing solos and monstrous riffs that will delight fans — both new and old.

«I think it’s the most ferocious side of BULLET FOR MY VALENTINE that I’ve ever known,» says lead guitarist Michael «Padge» Paget. «It’s time for us to put out a really angry, heavy, aggressive record. I just can’t wait to grimace on stage!»

«I wanted to come out guns blazing, fucking middle fingers flying, and just go for the throat,» agrees vocalist and lead guitarist Matt Tuck. «I think this is a far more aggressive, intense part of BULLET FOR MY VALENTINE. It’s always been there. I’ve just never opened the floodgates on it. I want to take people’s heads off in a metaphorical way.

«This is the beginning of BULLET 2.0. It signifies where we are right now. The music is fresh, it’s aggressive, it’s more visceral and passionate than it’s ever been.»

Tuck began writing the album in September 2019 before the coronavirus pandemic brought things screeching to a halt in early 2020. But in June 2020, Tuck and longtime producer, Carl Bown, who co-produced the band’s 2015 album, «Venom», and produced and mixed «Gravity», picked up the pace again. Together, they hunkered down at Treehouse Studio in Chesterfield, where the remainder of the album was written.

Aptly self-titled, the band has triumphed, creating an album that will cement its place in the metal pantheon.

Pre-orders for BULLET FOR MY VALENTINE‘s seventh studio album are now live, with an instant download of «Knives» and special bundle options, including a unique clipping from the backdrop used on the band’s «Venom» world tour from 2015 — 2017, t-shirts, hoodies, gold and silver cassettes, and limited vinyl.

«Bullet For My Valentine» track listing:

BULLET FOR MY VALENTINE is: 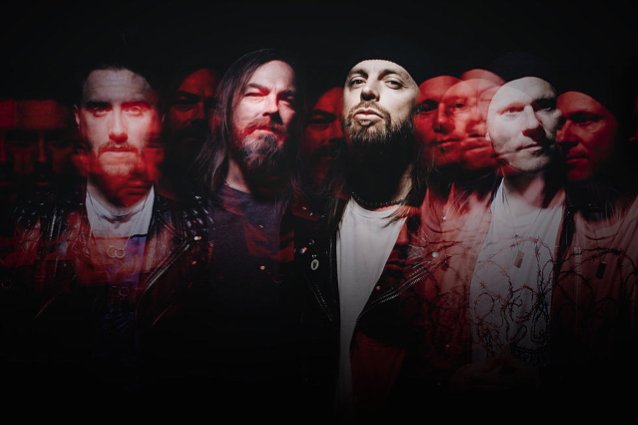