The new lineup of the classic French heavy metal band SORTILÈGE will release an album, «Phoenix», on August 27 via Verycords/Warner. The effort features 12 re-recorded songs from the SORTILÈGE catalog plus two new tracks.

«Phoenix» was mixed by the band and Anthony Arconte and mastered by Ted Jensen at Sterling Sound Studios.

A re-recorded version of the song «Sortilège», taken from «Phoenix», can be streamed below.

Formed in 1981, SORTILÈGE released a self-titled EP in 1983 and followed it up with an amazing debut album, «Métamorphose», one year later. The two releases quickly gained cult status, and are now known as some of the most important — if not the most important — heavy metal releases from France.

Although SORTILÈGE‘s original albums all featured French lyrics (as did practically all French metal albums back in the ’80s), English-language versions of the band’s two albums («Métamorphose» and 1986’s «Larmes De Héros») were also made available.

SORTILÈGE was one of DEATH leader Chuck Schuldiner‘s favorite bands, and he proudly wore his SORTILÈGE t-shirt at various concerts prior to his untimely passing in 2001. 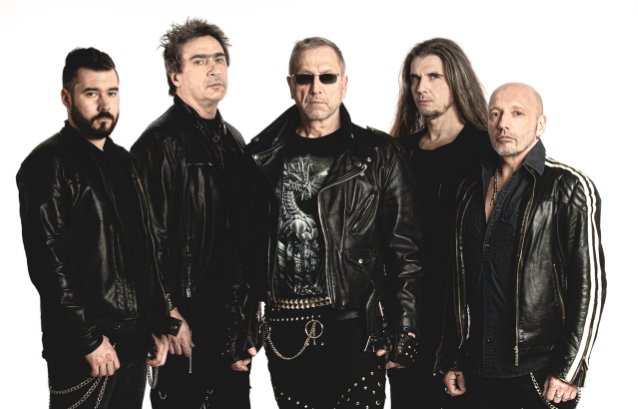