TIMES OF GRACE, featuring Adam Dutkiewicz and Jesse Leach of KILLSWITCH ENGAGE, will release its second album «Songs Of Loss And Separation», on July 16 via the band’s own imprint label, Wicked Good Records, distributed by ADA worldwide.

Speaking to Australia’s Heavy about the musical direction of the new TIMES OF GRACE songs, Adam said (as transcribed by BLABBERMOUTH.NET): «It’s probably not what KILLSWITCH fans are expecting. It’s a different sound than anything we’ve ever done before. So, it’s not metal all the way through. Sorry, everybody. This is a labor of love, truly. Obviously, it’s our side project, me and Jesse, and we can only work on it when we have free time to do so. And now that Jesse‘s the singer for both bands, we decided to take it into a different direction a little bit. There’s a lot of more rock and roll-vibe jams, so don’t expect blazing death metal all over the place.»

Asked if there were specific goals that he and Jesse were aiming to achieve with «Songs Of Loss And Separation», Adam said: «There weren’t really any set goals except just try to create something that we liked. We wanted to something different, obviously, like I was saying. We didn’t want it to feel like KILLSWITCH. We wanted to show maybe even a more personal, darker side to who we are. We wanted to create some songs more so from painful things in our lives — almost like a cathartic thing to make for us. So, yeah, it’s definitely much different. Whereas KILLSWITCH is a lot on the more positive, hopeful light, this is a lot of darkness and just tough things to go through.»

TIMES OF GRACE‘s debut album, «The Hymn Of A Broken Man», arrived in 2011, nearly a decade after Leach‘s exit from KILLSWITCH ENGAGE, the pivotal New Wave Of American Heavy Metal band the duo co-founded with friends in 1999. The first music from TIMES OF GRACE materialized during Dutkiewicz‘s arduous recovery from near-crippling back surgery. A collection of songs the multi-instrumentalist and producer knew would suit his once and future bandmate. The first album earned acclaim from BBC Music, The Aquarian and Rock Sound. It willfully upended expectations, with flourishes of shoegaze and ambiance in its songs.

«Songs Of Loss And Separation» benefits wildly from the powerhouse performance of ex-ENVY ON THE COAST drummer Dan Gluszak, who toured behind the first album and is now an official member of the band. A handful of years in the making, «Songs Of Loss And Separation» mixes stark confessions of struggle with narrative storytelling. The music is just as expansive, with Adam handling lead vocals on several songs and Jesse experimenting with a lower vocal range reminiscent of post-punk and goth. 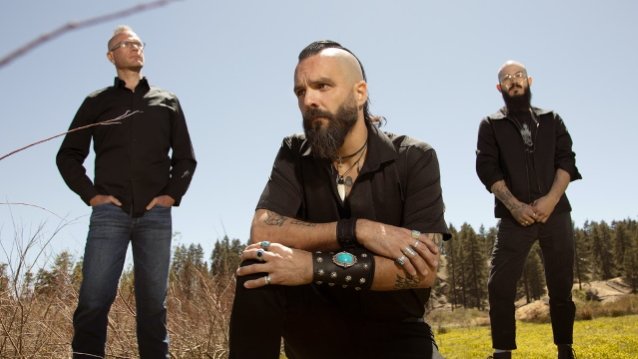