It was one of the most unique and sought-after concert experiences in MEGADETH fandom — an intimate, scaled-down performance featuring Dave Mustaine and company on acoustic guitars stripping down their heavy metal anthems to their primal elements. These special engagements became the stuff of legend over the years and recordings of these performances were made available exclusively through the MEGADETH fanclub. But now, the band has partnered with Los Angeles-based indie label Cleopatra Records to make this experience open to all with the first-ever commercial release of «Unplugged In Boston», a spectacular acoustic concert recorded in 2001.

Coming just on the heels of the band’s stylishly aggressive album «The World Needs A Hero», the setlist kicks off with one of that album’s best tracks, the turbulent «Dread And The Fugitive Mind», before launching into a string of older favorites including several from the 1997 album «Cryptic Writings» as well as an excerpt from «Holy Wars…The Punishment Due». But Mustaine and gang save the best for last, closing the show with a superb one-two punch of «Moto Psycho», «Hero»‘s highest-charting single, and the unforgettable «Symphony Of Destruction», MEGADETH‘s mainstream breakthrough that still manages to get the audience’s blood pumping! All in all, it’s an extraordinary concert that MEGADETH fans will not want to miss!

«Unplugged In Boston» will be available on digital as well as digipak CD and vinyl in an array of color options to choose from.

Earlier this week, Mustaine said that there is no chance of David Ellefson ever rejoining MEGADETH again.

Ellefson laid down his bass tracks on MEGADETH‘s sixteenth LP in May 2020 at a studio in Nashville, Tennessee.

Last month, Mustaine announced during an episode of his Gimme Radio program «The Dave Mustaine Show» that Ellefson‘s bass tracks would not be used on the new MEGADETH LP. He has since revealed that a mystery bassist has already re-recorded Ellefson‘s parts for the album, which is tentatively due before the end of the year.

Ellefson was dismissed from MEGADETH in late May, just days after sexually tinged messages and explicit video footage involving the bassist were posted on Twitter.

MEGADETH is currently scheduled to take part in «The Metal Tour Of The Year» with LAMB OF GOD, beginning on August 20 in Austin.

Ellefson was in MEGADETH from the band’s inception in 1983 to 2002, and again from 2010 until his latest departure. 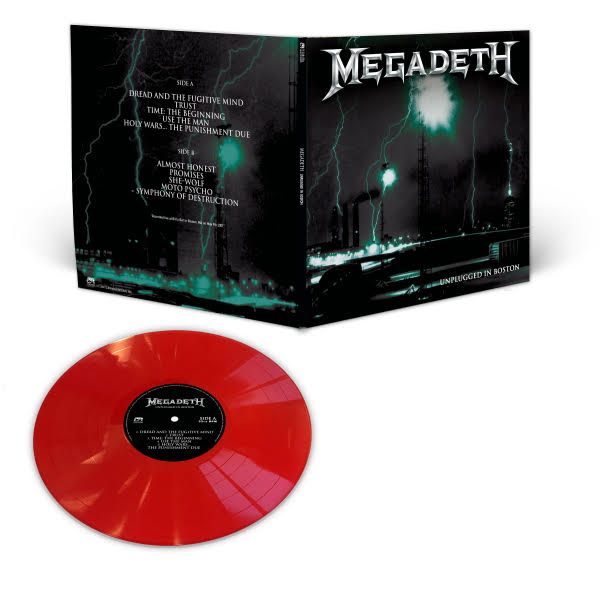