KnuckleBonz is currently in production creating the PANTERA «Cowboys From Hell» road case collectible as part of its «On Tour» series. Only 500 in this extremely limited edition will be produced. Shipping date is estimated to be late 2021 or early 2022.

This «On Tour» series collectible is a officially licensed, limited-edition collectible; only 500 are cast. Each is hand-detailed and comes with a certificate of authenticity on the base.

The Rock Iconz «On Tour» series brings music fans and collectors moments in and around the world’s great live performances and world tours.

KnuckleBonz has been creating high-end statues since 2003 and continues to be dedicated to honoring music’s greatest performers through master artistry in the limited-edition statue series called Rock Iconz. The company’s goal is to capture a «live performance» moment in each limited edition.

Guitarist «Dimebag» Darrell Abbott and his brother, drummer Vinnie Paul Abbott, formed PANTERA in the mid-eighties in Texas. The band recorded four independent albums before «Cowboys From Hell» introduced a heavier sound and made them a favorite with metal fans. 1994’s «Far Beyond Driven» debuted at No. 1 on The Billboard 200 without benefit of a commercial hit single. The group splintered in 2002 following the departure of volatile lead singer Philip Anselmo. 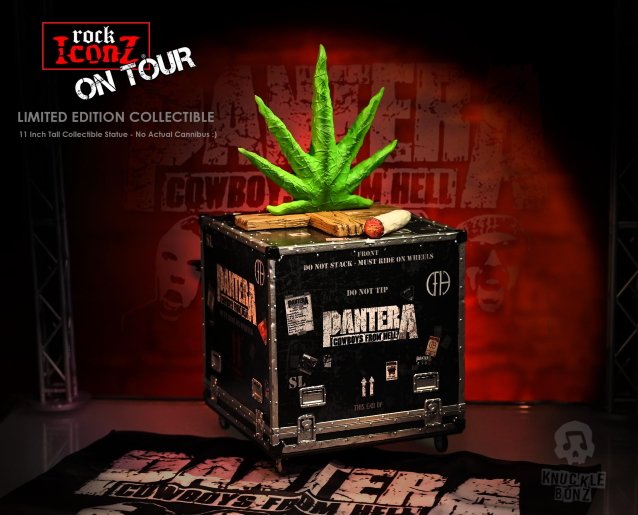