New York City post-hardcore band QUICKSAND will release its fourth studio album, «Distant Populations», digitally on August 13 and on vinyl September 24 via Epitaph Records. The LP’s second single, «Brushed», can be streamed below.

Recorded at Studio 4 Recording in Conshohocken, Pennsylvania, «Distant Populations» was produced and engineered by Will Yip (THE MENZINGERS, CODE ORANGE, DEFEATER), and mixed by Josh Wilbur (LAMB OF GOD, MEGADETH, AVENGED SEVENFOLD). The album is the follow-up to the critically lauded 2017 release «Interiors». Sonically it has a punchier, more up-tempo sound than its predecessor, with its 11 songs being concise, carved sonic jewels boasting not a single wasted note. Its gripping lyricism and raw power leap out from the very first listening.

Throughout the album’s 11 tracks, QUICKSAND explores the duality of our simultaneous existence in individual relationships and as part of a mass society, while also examining the alienation and loneliness of it all.

«Everyone is on the one hand so connected with each other, and on the other hand, is so far apart,» says frontman Walter Schreifels. «We’re checking out each other’s social media and we know what everybody’s doing. But when we’re sitting in the same room together, we’re looking at our phones,» he adds point out the sad irony of it all.

Last month, the band shared «Missile Command», a song that emerged from a QUICKSAND rehearsal jam, recalls Schreifels. «It really kind of focuses on Sergio‘s [Vega] whole motif in a very simple way. He and Alan [Cage] just have this really kind of trademark groove, and I think that really sings on this one to me. I just felt like it’s a kind of song that is very us, but we hadn’t written it yet.»

In support of «Distant Populations», QUICKSAND will be hitting the road this fall. The headlining run will begin September 28 in Boston and wrap on October 31 in Philadelphia.

Formed in 1990, QUICKSAND made its full-length debut with «Slip» — a 1993 release praised by The A.V. Club as «a nearly flawless record that combines the irony and heaviness of HELMET with FUGAZI‘s penchant to dismantle sound in the most energetic ways.» Arriving in 1995, their sophomore album, «Manic Compression», appeared at No. 1 on the Top Five Best Post-Hardcore Records list from LA Weekly (which noted that «if there were any justice in the world, QUICKSAND would have been the biggest underground band of the ’90s»).

Throughout the early ’90s, QUICKSAND toured with bands like HELMET, FUGAZI, RAGE AGAINST THE MACHINE and ANTHRAX. After disbanding in late 1995, they reunited for a one-night performance in June 2012. They’ve since appeared at festivals like FYF Fest and Pukkelpop, and in 2013 embarked on their first North American tour in 15 years. In 2017, the band released their long-awaited third-studio album «Interiors», which saw Consequence Of Sound praise the band for their sound «that nobody else has been able to replicate in all the time they’ve been gone.» 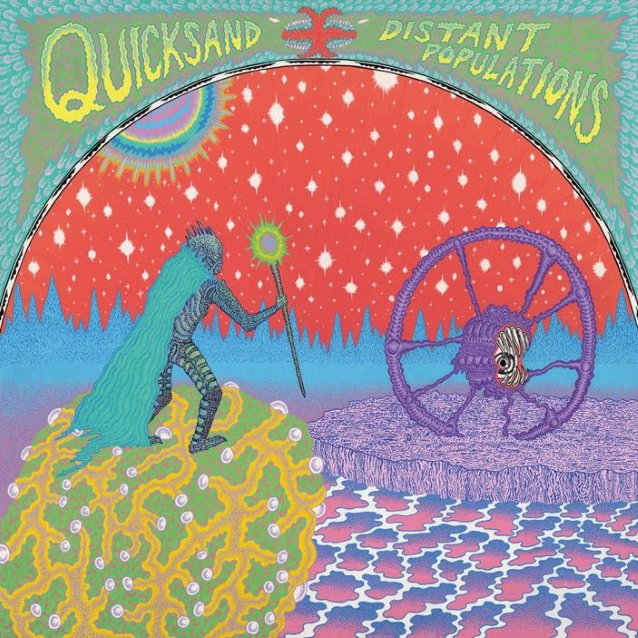