A 21-minute documentary about the making of «Red Brick City», the debut album from HEAVY WATER, the new project featuring SAXON‘s Biff Byford and son Seb Byford of NAKED SIX, can be seen below. The LP was released on July 23 via Silver Lining Music.

Soaked in gritty, riff-baked blues yet rich with the sound and meter of classic hard rock, «Red Brick City»‘s ten songs refuse to let you go. From the taut, elastic swing of the «Solution» riff to the rich, layered balladic strains of «Tree In The Wind», the LP moves with the class and cadence of a cracking journey uniting vintage rock ‘n’ roll sensibilities with the crackle and excitement of a fresh, youthful perspective.

With Seb on guitar and Biff on bass duties and both providing their vocal talents, the foundations for HEAVY WATER‘s sound are set in both that incredible father-and-son chemistry and a lifetime of know-how and experiences. Take the title track — and first single — «Red Brick City», all steam and smolder wrapped around a riff SOUNDGARDEN would’ve been proud of, and then there’s the sun-soaked smile of «Follow This Moment» with harmonies evoking the BEACH BOYS relayed through LED ZEPPELIN, a gorgeous 1970s trip right down to the fadeout.

«We decided to do something together in these dark times and the family came together to help get this album off the ground,» explained Seb and Biff.

Seb Byford recorded and engineered «Red Brick City» at the Big Silver Barn in York, U.K., while the drums were recorded by Ben Hammond at Reel Recording Studio in York. Seb produced the album with Biff, and Jacky Lehmann mastered. «Red Brick City» sees Seb take the reins on guitar and vocals, with Biff taking up the bass and vocal mantle. Tom Witts plays the drums, while Dave Kemp rounds out the HEAVY WATER lineup on keyboards and saxophone. To cap off this family affair, the packaging photos were taken by Steph Byford.

«We had great fun doing this album, working together on the songs and recording during lockdown,» concluded Biff and Seb. «It’s all recorded without samples or profiles… just loud and proud!»

This past March, Biff told Sweden’s RockSverige that HEAVY WATER is musically similar to that of Byford‘s first solo album, «School Of Hard Knocks», which came out in February 2020. «The songs are also, stylistically, very similar to the [SACXON‘s] ‘Inspirations’ album,» he explained. «There’s some laid-back stuff and there’s some heavy stuff. I wouldn’t say there’s any prog rock on there, but there are definitely two or three metal tracks on there. Seb‘s a great songwriter, and he likes to play heavy guitar riffs, so I’m sure people will be interested.»

Asked what it’s like working with his son, Biff said: «It’s pretty cool. We’re both pretty set in our ways, so it’s working really well. It’s great for me and for him, really. I’m getting off on his excitement and his first time doing things, and he gets off on my that wisdom that I’ve learned over the years.»

«Inspirations» was released in March via Silver Lining Music. The 11-track effort contains some of the classic rock songs that influenced Biff and the rest of SAXON. 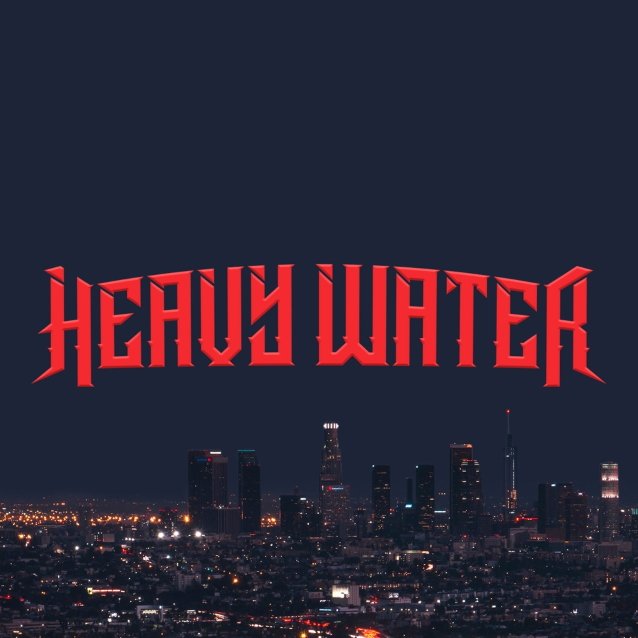