German metallers POWERWOLF will release their new album, «Call Of The Wild», on July 9 via Napalm Records. Various formats (2-CD mediabook, 3-LP vinyl box, 3-CD earbook, digital) of the new album include the bonus LP «Missa Cantorem» — a cross-section of the POWERWOLF success story with newly recorded vocals by friends and companions of the band.

The official music video for the new version of the POWERWOLF song «Demons Are A Girl’s Best Friend», taken from «Missa Cantorem», can be seen below. The clip stars Alissa White-Gluz of ARCH ENEMY and Falk Maria Schlegel.

White-Gluz comments: «I enjoyed putting a woman’s spin on ‘Demons Are A Girl’s Best Friend’, altering the lyrics to fit a strong message of female empowerment and delivering them with a mighty roar! Thanks to POWERWOLF for being open to having their song reconstructed like this!»

Schlegel adds: «It was a pleasure to work and perform together with Alissa for the very first time on our joint video shoot for ‘Demons Are A Girl’s Best Friend’. Immediately, there was a great energetic atmosphere on set! Alissa is such a wonderful artist and interacting with her during this shoot as well as re-interpreting this video together was an amazing experience.»

Once again created in cooperation with the honorable producer duo of Jens Bogren and Joost Van Den Broek, «Call Of The Wild» will open a new chapter in the band’s history. The eighth studio album will serve both old and newly recruited POWERWOLF devotees with well-known classic trademarks, and equally surprise and delight them at every stage of this wild 11-track ride.

POWERWOLF guitarist Matthew Greywolf says about «Call Of The Wild»: «With ‘Call Of The Wild’, we are opening a new, exciting chapter in the history of POWERWOLF. The album sounds unmistakably like POWERWOLF and is so much more at the same time: Besides new territory like the Celtic instrumentation in ‘Blood For Blood (Faoladh)’ or the ballad like ‘Alive Or Undead’, we have raised all our trademarks to a new level. Until now, we never sounded so powerful and wild — in the truest sense of the word. We can’t wait to finally share this beast of an album with you all!»

«Call Of The Wild» track listing:

The story of POWERWOLF, beginning in 2004, reads like a true fairytale, but is the result of one of the most hard-working and entertaining live bands on the heavy metal planet. POWERWOLF has not only received plenty of gold and platinum awards to date, numerous releases have entered the official album charts at the pole position. With «Blessed & Possessed» (2015), POWERWOLF achieved gold status for the first time and stayed at the top of the charts for more than nine weeks, while the predecessor, «Preachers Of The Night» (2013) — as well as the incredible DVD, «The Metal Mass» (2016) — hit the official German album charts at No. 1. POWERWOLF‘s holy mass in the name of heavy metal is unstoppable, their latest magnum opus, «The Sacrament of Sin», again entered the album charts at No. 1. The accompanying «Wolfsnächte» tour, in which POWERWOLF headlined large venues with their phenomenal stage performances, became a single major triumph — as well as the numerous summer festival shows in which the crowds were thrilled and completely captivated by the ‘WOLF. 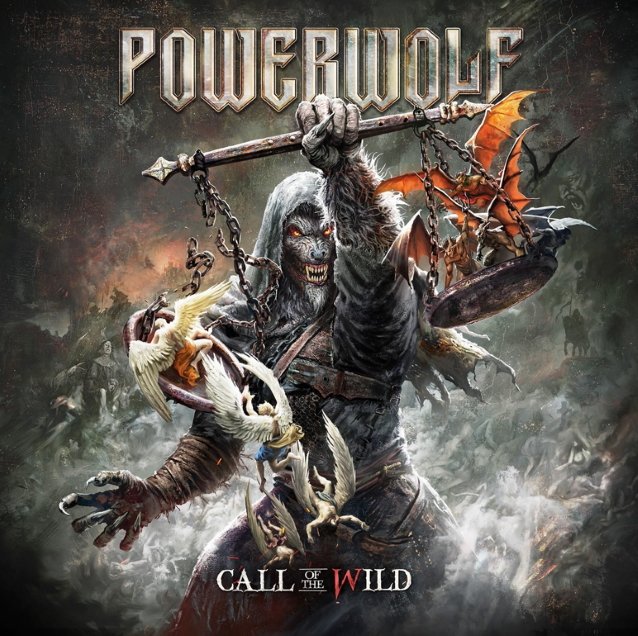