During an appearance on the latest episode of the «In the Trenches with Ryan Roxie» video podcast, SKID ROW bassist Rachel Bolan discussed the recent passing of CINDERELLA guitarist Jeff LaBar. Jeff was found dead by his wife, Debinique Salazar-LaBar, on July 14 inside his apartment in Nashville. He was 58 years old.

«The first few times I saw CINDERELLA was at a club called the Galaxy, a little bar in New Jersey, and he wasn’t even in the band yet,» Rachel said (as transcribed by BLABBERMOUTH.NET. «And then eventually there was changes [in the lineup] made, and then Jeff was in the band. And the whole makeup and the energy on stage. Eric [Brittingham, bass] and Tom [Keifer, guitar/vocals] were there from the beginning, and they had their thing. But, man, when Jeff joined the band, it just took on a whole new energy. And the playing was, obviously, different; he had a different style. And just his stage presence, man — it was really cool. And then eventually getting to know him, just from the few shows we did together.»

He continued: «I think both of [SKID ROW and CINDERELLA] were in Japan at the same time for our first tours [there], and we were kind of crisscrossing, and they came out to a show. He was always just a really genuine guy and, obviously, a very good player. He actually filled in for Snake [SKID ROW guitarist Dave Sabo]. Snake had an issue with his arm. It wasn’t carpal tunnel, but it was kind of like carpal tunnel; I’m not sure exactly what it was called. But he was, like, ‘Dude, I can’t even pick. I can’t even hold on to a pick.’ So we called Jeff and he came in and filled in for two shows. And it was fun — road dog stories. It was great.»

Bolan added: «Yeah, he’s gonna be missed, man. Everybody was sad to hear about that.» 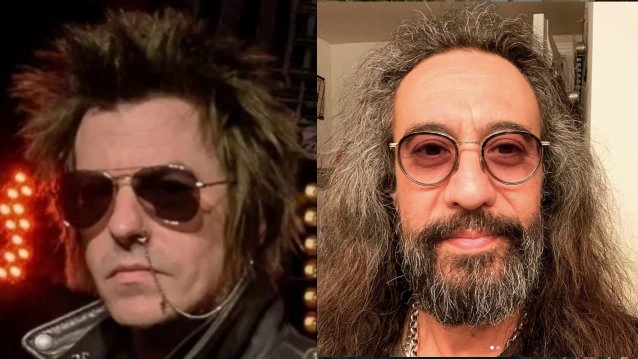