TIMES OF GRACE, featuring Adam Dutkiewicz and Jesse Leach of KILLSWITCH ENGAGE, will release its second album «Songs Of Loss And Separation», on July 16 via the band’s own imprint label, Wicked Good Records, distributed by ADA worldwide.

Today, the band has shared the video for the new song «Medusa». Check it out below.

The band’s debut album «The Hymn Of A Broken Man» arrived in 2011, nearly a decade after Leach‘s exit from KILLSWITCH ENGAGE, the pivotal New Wave Of American Heavy Metal band the duo co-founded with friends in 1999. The first music from TIMES OF GRACE materialized during Dutkiewicz‘s arduous recovery from near-crippling back surgery. A collection of songs the multi-instrumentalist and producer knew would suit his once and future bandmate. The first album earned acclaim from BBC Music, The Aquarian and Rock Sound. It willfully upended expectations, with flourishes of shoegaze and ambiance in its songs.

Comfortably stretched beyond the parameters of what came before, without sacrificing an ounce of integrity, TIMES OF GRACE weaves between pensive, heavy, midtempo rock, riffs, and atmosphere. The pair’s vocal interplay makes for a rich, dense, and enthralling concoction, powering through various trips through dark nights of the soul and mind-expanding excursions into the wild. «Songs Of Loss And Separation» benefits wildly from the powerhouse performance of ex-ENVY ON THE COAST drummer Dan Gluszak, who toured behind the first album and is now an official member of the band.

The sprawling second album from TIMES OF GRACE, with a stunning album cover painted by John McCormack and album art layout by Tom Bejgrowicz, channels a dissonant, menacing, and unrelenting depression. Haunting romanticism and deep spiritual yearning collide in beautiful melancholy. It’s a diverse but singular statement, like the most beloved work of classic bands. «Songs Of Loss And Separation», insistent in its bluesiness, bleeds distortion and emotion, like a nerve, exposed.

TIMES OF GRACE previously released the video for «The Burden Of Belief», the opening track on «Songs Of Loss And Separation».

«This song is the spark of the oncoming fire,» said Leach. «It foreshadows the journey of this album. This song is an unveiling of who we, TIMES OF GRACE, have become after all of these years. This is a testimony of falling apart, losing faith, letting go, and the desire to kill and purge the past. It is the unraveling, the catharsis and the rebirth. So it begins….»

«It almost feels strange finally releasing the songs on this record, especially this one,» added Dutkiewicz. «I started writing this song over 10 years ago, so it’s been around for quite some time. I really hope you guys dig it, and I hope we will get the opportunity to play it for you guys live someday. Thanks, everyone!»

Last December, Leach said that he and Dutkiewicz were «finalizing» things for the new record’s release. He also blamed the album’s delay on the fact that 2020 was «a shitshow,» in part due to the ongoing coronavirus pandemic. «We just wanna make sure it comes out properly — the way that we want it to be presented, and have some good visual ideas and some good artwork,» he explained. «And we found a good home at a label. So all of that is wrapping up.»

Back in August, Dutkiewicz told the Metal Blade Live Series that he was «really excited» about the new TIMES OF GRACE material. «There’s some pretty mellow vibes on that record, for sure,» he said. «It’s definitely one of the darkest things I’ve ever written topically.»

In July, Leach told the «BREWtally Speaking Podcast» that the new TIMES OF GRACE album is «leaps and bounds better [than 2011’s ‘The Hymn Of A Broken Man’]. It’s more creative, it’s more genuine, I feel,» he said. «I feel like there was definitely a bleed-in of KILLSWITCH influence on that first record, and how could there not be, with me and Adam working together. And I feel like this new record sort of pulls away from that and really sort of defines us and our sound as TIMES OF GRACE, where I listen back to ‘Live In Love’ [from the first TIMES OF GRACE album] and certain songs like that, and you can hear the KILLSWITCH influence. And that’s cool, and fans, I’m sure, appreciated that, but I’m very happy to pull away from that and do something different for this new record.»

Leach went on to speak in more detail about TIMES OF GRACE‘s musical progression and the band’s plans to release a full-length album and a separate EP.

«It’s a mixed bag [of musical styles],» he told «BREWtally Speaking Podcast». «There’s definitely some of that sort of bluesy [stuff] — definitely a lot of blues, I should say. But it comes in different forms. I’d say there’s a mixture of a touch of some stoner vibes going on there. There’s definitely a touch of, like, I guess the term would be ‘post metal,’ atmospheric metal — guitars with a lot of delay and space with big, heavy bass and slow-moving stuff. There’s more rock and roll, more indie rock. And there’s still traces of the metal that we’re known for here and there.»

He continued: «I think with the direction we’re heading in, and why there’s gonna be two releases, this first release we wanted to make sure it sort of didn’t really have any of that heavy KILLSWITCH-y vibe to it. So the first record is going to be what I feel is our signature sound that we’ve sort of embraced, and it just kind of happened through Adam‘s writing. And then the EP will be a little bit more of the metal that you have come to know and reflect on the first record. So it’s a real mixed bag. And I’m glad to say I don’t think you can really put a genre on us because of that. We’ll see. I’m sure people are gonna still call it metalcore. I don’t even know what the fuck that term means anymore. But I’m happy to say that I think that we are no longer going to be called that style of music, because I think we’re more of a heavy metal/rock band, if you will.»

«The Hymn Of A Broken Man» was released in January 2011 via Roadrunner Records. The CD sold around 10,000 copies in the United States in its first week of release to land at position No. 44 on The Billboard 200 chart. 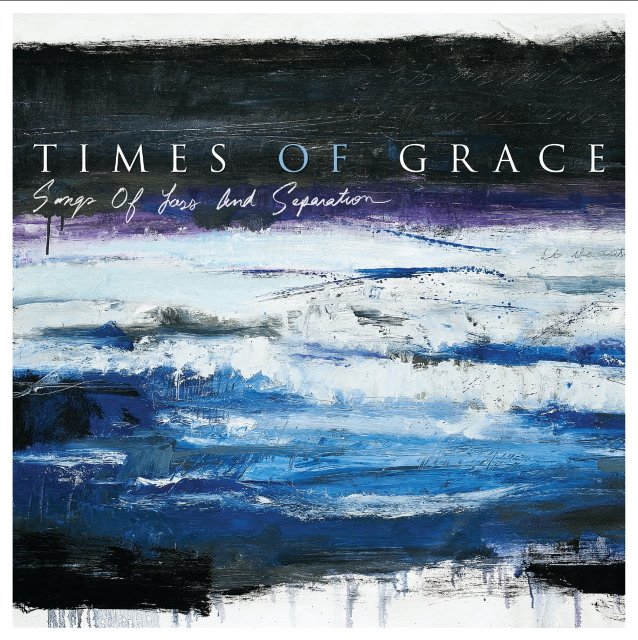