To mark the first anniversary of Van Halen‘s early death comes his first full-length biography — a searching, affectionate and in-depth look at the life and legends of this true musical virtuoso.

Arriving in California as a young boy in the early 1960s, Edward Van Halen and his brother Alex were ripe for the coming musical revolution. The sons of a Dutch, saxophone-playing father, the brothers discovered THE BEATLES, CREAM and others.

From the moment their hugely influential 1978 debut landed, VAN HALEN set a high bar for the rock ‘n’ roll lifestyle, creating an entirely new style of post-’60s hard rock and becoming the quintessential Californian band of the 1980s. But there was also an undercurrent of tragedy to their story, as Eddie‘s struggles played out in public, from his difficult relationship with the band’s original singer, David Lee Roth, to substance abuse, divorce and his long-running battle with cancer.

With unique insights, Paul Brannigan‘s «Eruption» reaches beyond the boundaries of a conventional rock biography to explore the cultural, political, and social contexts that shaped an icon while turning up the volume on a life lived in the fast lane.

Eddie passed away last October at St. John’s Hospital in Santa Monica, California. The axeman died from complications due to cancer, his son confirmed.

Eddie and Alex formed VAN HALEN in 1972 in Pasadena, California, with David Lee Roth on lead vocals and Michael Anthony on bass.

VAN HALEN was inducted into the Rock And Roll Hall Of Fame in 2007.

Rolling Stone magazine ranked Eddie Van Halen No. 8 in its list of the 100 greatest guitarists.

After undergoing hip replacement surgery in 1999 due to a chronic joint problem, Eddie was diagnosed with mouth cancer in 2000 and had to have part of his tongue surgically removed. He later battled throat cancer and reportedly had been receiving radiation treatment in Germany. It is believed that his heavy smoking over the years led to his long battle with cancer. 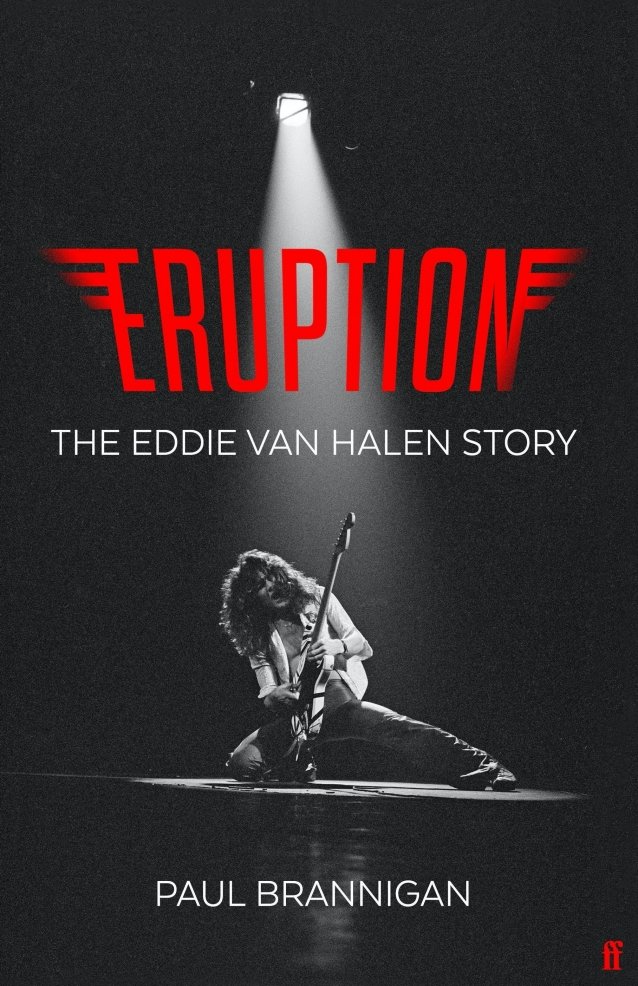