Fan-filmed video footage of STYX‘s July 24 performance at the York State Fair in York, Pennsylvania can be seen below.

The setlist was as follows:

STYX‘s latest studio album, «Crash Of The Crown», came out on June 18 via the band’s label, Alpha Dog 2T/UMe.

The «Crash Of The Crown» song breaks some brave new world ground for STYX. Actually, it’s the first cut in the band’s storied canon to feature three lead vocalists, seeing how it has Young unleashed at the starting gate, Shaw heading up the heroic stacked-vocal middle section, and Gowan leading the vocal charge for the final verse.

Efforts to record «Crash Of The Crown» began in earnest at Shaw‘s home studio in Nashville during the fall of 2019, with Gowan — STYX‘s criminally minded showman extraordinaire and keyboardist/vocalist since 1999 — in the room together with Shaw and the album’s producer, Will Evankovich, as he conjured up the album’s first song to be recorded, with cosmetic flourishes that reign over the insistent, yearning call for togetherness, «Common Ground». But the global pandemic that inevitably transformed the way we all wound up living in 2020 changed the course for how many of the band’s home-and-away recording sessions ultimately had to set socially distanced sail. Safety precautions took precedent for all involved STYX bandmembers and production compatriots with much diligent quarantining and testing required before any one of them could travel to Shaw‘s tranquility homebase to spread the uniquely ingrained STYX stardust that’s been duly sprinkled across the album’s cosmically chosen 15 tracks.

«Crash Of The Crown» is the follow-up to STYX‘s 16th studio album, «The Mission» (their first in 14 years at the time, which critics called «a masterpiece») which was released June 16, 2017 on the band’s label, Alpha Dog 2T/UMe. The highly anticipated two-disc reissue of «The Mission» was released on July 27, 2018 via Alpha Dog 2T/UMe, which includes a CD of the original album, as well as a Blu-ray of the album mixed in 5.1 surround sound accompanied by stunning visualizations for each of the album’s 14 songs based on the album artwork. It originally debuted on various Billboard charts, including: #6 Top Rock Albums, #11 Physical Albums, #11 Vinyl Albums, #13 Current Albums, #14 Billboard Top Albums, #16 Retail, #17 Mass Merch/Non-Traditional, #29 Digital Albums, and #45 Billboard 200 (includes catalog and streaming). 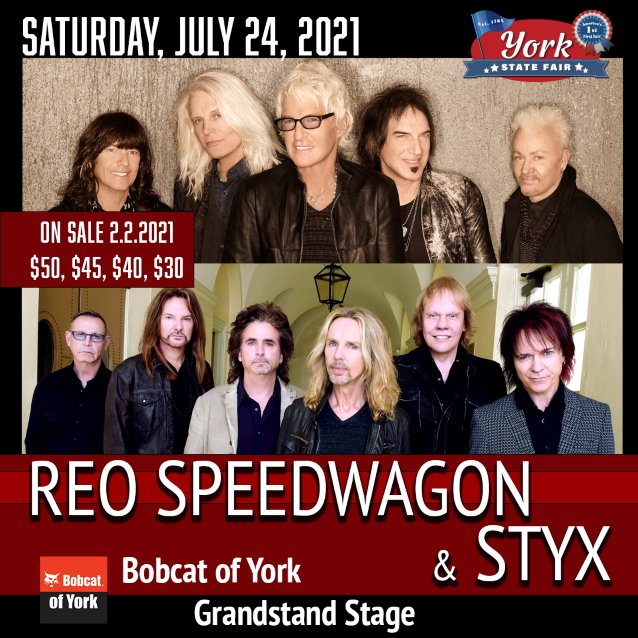