Earlier today (August 6), three-fourths of the «Burn My Eyes» lineup of MACHINE HEAD — guitarist/vocalist Robb Flynn, drummer Chris Kontos and guitarist Logan Mader — teamed up with the band’s current bassist Jared MacEachern to play the classic album in its entirety in celebration of its 27th anniversary. The event, which was held in the band’s San Francisco Bay Area rehearsal facility, was streamed live for fans around the world and is now available for viewing below.

Released worldwide on August 9, 1994, «Burn My Eyes» was and still is considered to be one of the most important albums of its genre, garnering the band an unprecedented level of recognition and spawning a myriad of imitators — all from just MACHINE HEAD‘s first record.

In 2019, Flynn, Kontos and Mader reunited — along with MacEachern — to celebrate the LP’s 25th anniversary on tours in Europe and the U.S.

Asked by Metal Hammer if it bothers him that some fans still regard «Burn My Eyes» as MACHINE HEAD‘s best album, Flynn said: «No. The clincher for me, and this rarely happens, is when someone says, ‘You should write ‘Burn My Eyes’ again,’ but it’d be so phony! I’m not 24, fuckin’ running around on the streets. It was real and that’s why it came out the way it did. If I tried to do it now, it wouldn’t be real. Those times made me who I am and affected me forever and I’m fearless because of them, but I’d like to think that I’ve aged gracefully and I hope to continue to do that. How dumb would it be for some [50]-something dude to be acting like some teenage gangster? It’d be ridiculous.»

Kontos left MACHINE HEAD before the release of the band’s second album, 1997’s «The More Things Change», and was replaced by Dave McClain.

McClain and guitarist Phil Demmel exited MACHINE HEAD in the fall of 2018.

Adam Duce, who played bass on «Burn My Eyes», was fired from MACHINE HEAD in February 2013. He was replaced four months later by MacEachern. Adam later sued MACHINE HEAD, claiming that the other bandmembers «simply kicked him out of the band and presumed he would forget about over two decades of hard work, dedication, and effort» he put into the group. Duce also said his likeness was used on the band’s web site and in promotions without his authorization. The lawsuit was settled out of court in July 2014. 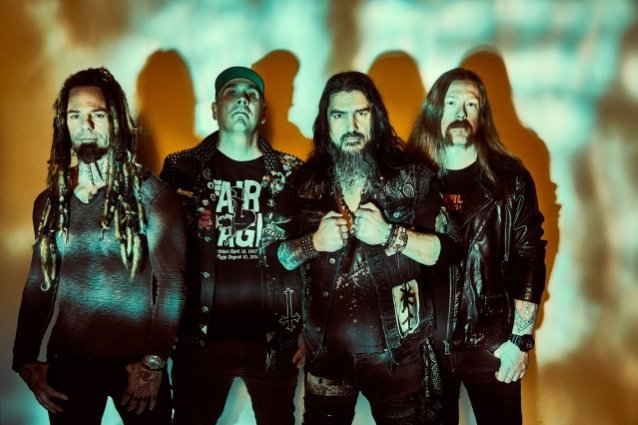