San Francisco Bay Area thrash metal veterans EXODUS will release their new album, «Persona Non Grata», on November 19 via Nuclear Blast Records. A new one-minute video in which guitarist Gary Holt talks about the recording process for the disc’s first single, «The Beatings Will Continue (Until Morale Improves)», can be seen below.

«Persona Non Grata» is the follow-up to 2014’s «Blood In Blood Out», which was the San Francisco Bay Area thrashers’ first release since the departure of the group’s lead singer of nine years, Rob Dukes, and the return of Steve «Zetro» Souza, who previously fronted EXODUS from 1986 to 1993 and from 2002 to 2004.

«Persona Non Grata» was recorded at a studio in Lake Almanor, California and was engineered by Steve Lagudi and EXODUS. It was produced by EXODUS and was mixed by Andy Sneap. For the third time in the band’s history, they returned to Swedish artist Pär Olofsson to create the album artwork.

Speaking about the long gap between the new LP’s completion and its projected release date, Zetro said during a recent Zetro’s Toxic Vault YouTube livestream: «A lot of you guys are wondering why it’s taking so long, and yes, Tom‘s illness had a bit to play in it. But they haven’t been able to make vinyl. Nobody worked last year. So all the bands that wrote records and now are gonna put records out, they’re six months behind in producing vinyl. So it’s basically what it’s about. So because we’re very proud of this record [and] this record is very special for us, I don’t think that Nuclear Blast wanted to take any stops out on it, so they wanted multiple vinyls. But I can guarantee you it’ll be out in November, and you guys will not be disappointed. I can guarantee you will not be disappointed on this.»

Regarding the songwriting and recording process for «Persona Non Grata», Zetro said: «I wrote a couple of songs lyrically, but Gary Holt wrote the brunt of this record, and it exemplifies why he is the real deal in thrash metal or heavy metal. That’s why all you guys that follow him and love his guitar playing and his technique and his style, you have every reason to do that. And this record, after you hear the record, you’re just gonna go, ‘Wow! Zetro was right.’ And then performance-wise, everybody killed it on their performance. Tom was a man possessed. Jack [Gibson, bass] was too; I think it’s the best bass playing I’ve heard on a record for Jack. And those that have heard the record think it’s the best vocal performance that I’ve done.»

Last week, EXODUS tapped John Tempesta to play drums for the band at Psycho Las Vegas on August 22 in Las Vegas, Nevada and at Full Terror Assault on September 11 at Hogrock Campground in Cave In Rock, Illinois — while Hunting is recovering from surgery. Tempesta was a member of EXODUS from 1989 until 1993 and played on the band’s albums «Impact Is Imminent» (1990) and «Force Of Habit» (1992).

When Hunting announced his absence from Psycho Las Vegas and Full Terror Assault, he said in a statement: «I need to manage my own expectations, and then work my very core back into shape to be fully ready for action. I have no doubt I’ll bounce back and get there.» 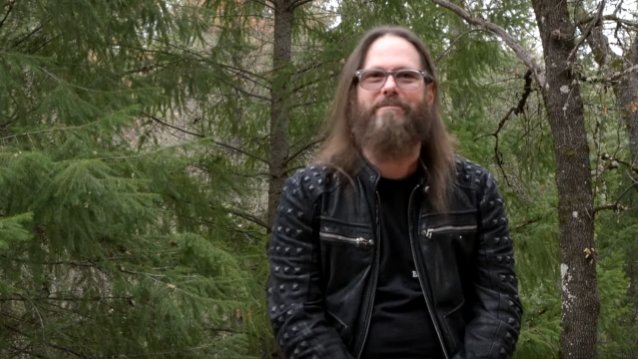