With governments finally admitting that UFOs do in fact exist, and humanity attempting to heal from a state of the recent crisis, the timing couldn’t be more appropriate for the newest addition to the HYPOCRISY catalog: «Worship». Due on November 26 via Nuclear Blast Records, «Worship» is 11 tracks of precise, ferocious musicianship. Commonly inspired by the fusion of the modern and the ancient, HYPOCRISY has once more found a way to combine innovative ideas with classic sound in order to deliver something metalheads can enjoyably consume with awe and brutal vigor. As usual, all recording and mixing took place at frontman Peter Tägtgren‘s Abyss Studio AB in Sweden while mastering was completed by Svante Forsbäck at Chartmakers Audio Mastering. Designed by artist Blake Armstrong (KATAKLYSM, IN FLAMES, CARNIFEX), «Worship»‘s artwork speaks to the history of the relationship between humanity and extraterrestrials.

The official music video for the LP’s first single, «Chemical Whore», can be seen below. The clip was created by Nastroe Production and Agata Nigrovskaya.

Tägtgren comments: «We’ve been recording this album here and there for two years and now it’s done! Maybe it was waiting for the right time as some songs are even more real now than a couple of years ago. Thank you all for your waiting. We’re really excited to officially announce we’re back!»

This past June, Tägtgren told Metal Injection what fans can expect to hear on «Worship»: «They will get what they want, I think, put it that way. It definitely sounds like HYPOCRISY, I would say. And not in a boring way to say, like, ‘Yeah, we’re just repeating ourselves.’ That’s not really true. It’s new songs. I mean, I have hardly played it to anybody, so I don’t know what to say. Well, whoever heard it, they say oh, this sounds really like HYPOCRISY and really good songs, you know? So I don’t know. We have to wait and see what everybody thinks. I’m in a bubble, so I can’t really say what it is. We don’t really want to change ourselves to nu-metal or try to be commercial or anything like that. I guess we do what we do.» 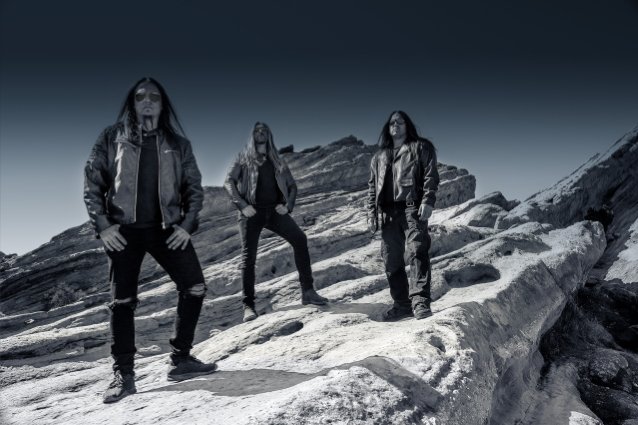