JANE’s ADDICTION members Dave Navarro and Chris Chaney have joined forces with FOO FIGHTERS drummer Taylor Hawkins in a new band called NHC. The group’s first two singles, «Feed The Cruel» and «Better Move On», can be streamed below.

Hawkins and Chaney previously played together in Alanis Morisette‘s band in the mid-1990s and are bandmates in Hawkins‘s solo project, TAYLOR HAWKINS AND THE COATTAIL RIDERS.

Hawkins, who plays drums and sings in NHC, has called Navarro «the best lead guitarist in alternative rock,» while Dave has referred to NHC as an «awakening of everything he loved about playing.»

NHC, an acronym for Navarro, Hawkins and Chaney, will make its live debut later on October 2 at the Ohana Festival.

This past January, Hawkins, Navarro and Chaney teamed up with SLIPKNOT and STONE SOUR frontman Corey Taylor in a supergroup called GROUND CONTROL, which performed at «The Bowie Celebration: Just For One Day» in tribute to the late David Bowie. 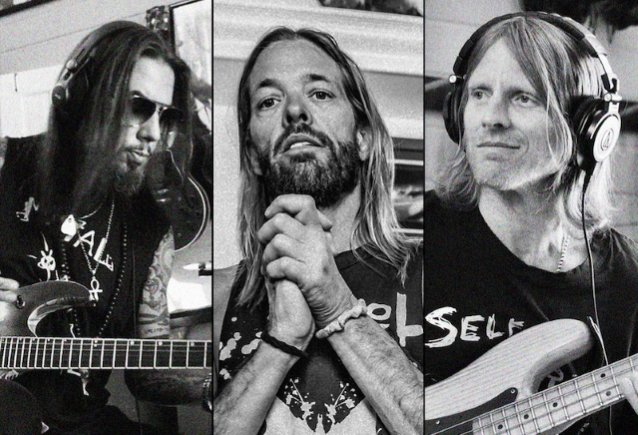