JOAN JETT & THE BLACKHEARTS Postpone Shows Due To COVID-19 Concerns 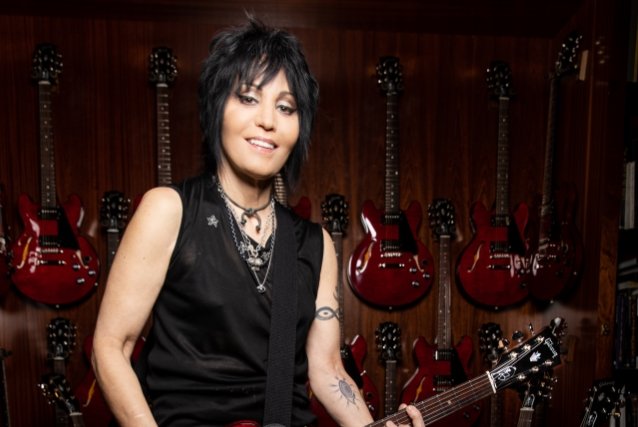 JOAN JETT & THE BLACKHEARTS have announced that all of their 2021 shows after September 28 will be postponed due of the ongoing COVID-19 pandemic. The new dates are not yet available.

JOAN JETT & THE BLACKHEARTS shared the news of the postponement in a social media post on Tuesday (September 21). They wrote: «It’s been a thrill to be back on tour recently. We all missed being on the road, playing for the fans and playing together again.

«The continuing surge of COVID cases due to the Delta variant should be of concern to all of us. While we are fully vaccinated, we are still being extremely cautious to protect our fans, our crew and everyone else that work so hard to put on our shows. For that reason, we have decided to postpone the remaining performances that were planned for 2021.
Our last date of the tour will be September 28th.

«We’re disappointed to have to take this step but we feel it is necessary to protect the health of everyone.

Jett is an originator, an innovator, and a visionary. As the leader of the hard-rocking BLACKHEARTS, with whom she has become a Rock And Roll Hall Of Fame inductee, she’s had eight platinum and gold albums and nine Top 40 singles, including the classics «Bad Reputation», «I Love Rock ‘N’ Roll», «I Hate Myself For Loving You» and «Crimson And Clover». Her independent record label, Blackheart, was founded in 1980 after she was rejected by no less than 23 labels. Blackheart is one of the longest-running indie labels and continues to give voice to new bands. As a producer, she has overseen albums by BIKINI KILL, CIRCUS LUPUS, as well as THE GERMS‘ L.A. punk masterpiece «GI». Jett‘s music has become a permanent force in mainstream culture.

Jett and THE BLACKHEARTS released their latest record, «Unvarnished», in 2013 and continue touring the globe with headline shows alongside fellow rock icons like THE WHO, GREEN DAY and the FOO FIGHTERS. Additionally, Jett has acted and appeared in movies and television, including the film «Light Of Day». Jett was also able to see her story told in «The Runaways», the film based on (lead singer of THE RUNAWAYS) Cherie Currie‘s book «Neon Angel», starring Kristen Stewart as Jett, and Dakota Fanning as Currie. Jett was close to the project, serving as executive producer.

The documentary film based on Jett‘s life, «Bad Reputation» — produced by Blackheart‘s SVP Carianne Brinkman and directed by Kevin Kerslake — premiered to critical acclaim at the 2018 Sundance Film Festival, with the New York Post hailing that «‘Bad Reputation’ does it right, tracing Jett‘s trailblazing path as one of the first, and still the hardest-rocking, women.»