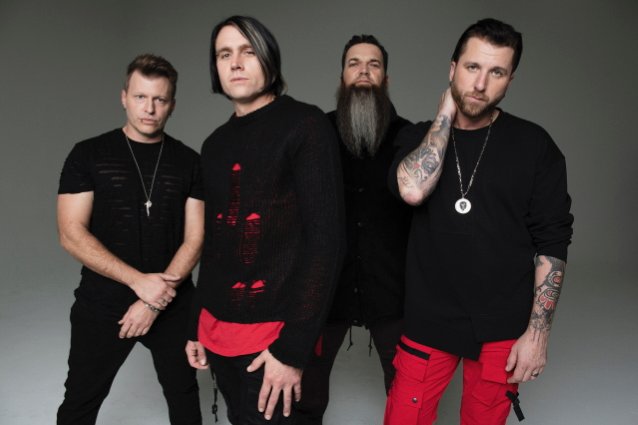 Canadian rockers THREE DAYS GRACE will release their seventh studio album, «Explosions», on May 6 via RCA Records. The official Jon Vulpine-directed music video for the LP’s first single, «So Called Life», can be seen below. The song is the first new original music from THREE DAYS GRACE since the Juno Award-nominated «Outsider» album came out in 2018.

THREE DAYS GRACE singer Matt Walst states: «In these crazy and divided times, everyone needs something to take the edge off.»

Vulpine adds: «I wanted to make this video really raw and stripped down. Something high energy with extreme angles and fast movements. A bunch of old analog gear in this ’70s apartment that looked like some hoarder died in it 20 years ago and the guys just came in and recorded. I didn’t want to go for a clean and super polished look, so Justin Jones, my DP, suggested these rehoused 1960s Japanese lenses for a grittier more contrasty feel. That, along with different lens distortions and attachments, just added to the diversity of shots.»

THREE DAYS GRACE bassist Brad Walst told Jave Patterson of Two Doods Reviews about «So Called Life» (as transcribed by BLABBERMOUTH.NET): «It’s a little different. It’s a pretty heavy song and definitely full of emotions and frustrations of everyday life. It was actually the first song we wrote on this record, going back almost pre-pandemic. We started jamming, actually, beside Neil‘s [Sanderson, drums] pool and it turned out really angry. [Laughs] I think it’s a great tune. I think the fans are gonna relate to it. And it’s gonna be a fun one live, I know that.»

Asked how much of THREE DAYS GRACE‘s upcoming album, which is tentatively due in the spring of 2022, was inspired by the pandemic, Brad said: «We didn’t really direct the songs towards there, but we’re a pretty honest band and we like to write about our true emotions and what we’re going through. So, naturally, being stuck at home and stuck on Zoom with each other, some pretty emotional songs came out of it. We wrote the first half of the record remotely. We recorded it remotely, which we’d never done. And then we just got back together a couple of months ago and did the rest. But it was interesting, man, and definitely a different vibe. And I think some great songs came out of it.»

Earlier in the month, THREE DAYS GRACE announced more than a dozen U.S. dates for April and May 2022, including a number of headlining concerts and radio shows as the support act for GODSMACK.

THREE DAYS GRACE‘s most recent release was a cover of Gotye‘s «Somebody That I Used To Know», which came out in July 2020. The official music video for THREE DAYS GRACE‘s version of the track was directed by Mike Filsinger.

In 2019, THREE DAYS GRACE extended its record for the most No. 1s in the 38-year history of Billboard‘s Mainstream Rock Songs airplay chart, with «Right Left Wrong» its 15th No. 1 single on the tally. 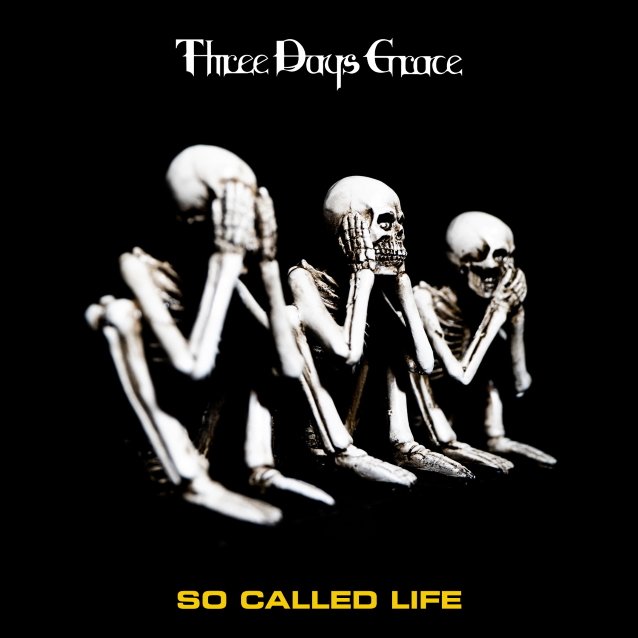