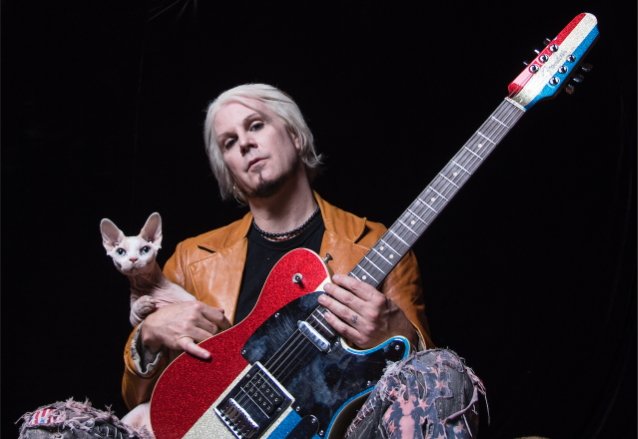 Incendiary guitarist and solo artist John 5, who was recently voted as #7 on Ultimate Guitar‘s «Best Metal Guitarists In The World» list, has announced today that he will be hitting the road, along with his band, THE CREATURES, in the spring of 2022 for the «Sinner» North American tour. He will be performing hits from his expansive solo career, including songs from his recently released, critically acclaimed studio album «Sinner».

The 27-date trek will kick off in Roseville, California on April 21 and will culminate in a very special three-night run at Iridium in New York in early July. It also includes two shows supporting FOZZY in Houston (April 29) and San Antonio (April 30) and a performance at world-renowned festival Welcome To Rockville in Daytona Beach, FL (May 21). John 5 will also be welcoming new «creature» to the band. The «Sinner» tour will be the first time fans get to see new drummer Alex Mercado perform live as part of THE CREATURES.

Joining JOHN 5 & THE CREATURES on tour as special guests on most dates will be spooktacular duo THE HAXANS, featuring John‘s ROB ZOMBIE bandmate Piggy D and Ash Costello of NEW YEARS DAY.

«I’ve been so thrilled by the reaction to the release of ‘Sinner’, I can’t wait to get on stage and truly bring the songs to life for the first time with my fans.

«Having THE HAXANS join us on this tour is going to be so fun. Their brilliant ‘monster party’ energy will be a perfect opener for my crazy stage show.

«Sinner» came out on October 29 via Big Machine Records. The first single from the album, the epic «Qué Pasa», revolves around a distinctive vocal refrain. Originally built with a sample, John opted to have it reworked by Grammy-winning MEGADETH leader Dave Mustaine.

«Sinner» was produced and mixed by Barry Pointer at Riott House Studio in North Hollywood. Drums were engineered by ex-GUNS N’ ROSES guitarist Gilby Clarke at Redrum Recording in Los Angeles. The LP also features a guest appearance by original KISS drummer Peter Criss on a cover of «Georgia On My Mind», a 1930s classic by Hoagy Carmichael and Stuart Gorrell that’s become famous thanks to Ray Charles decades later.

John 5 has worked with a varied range of artists, performing as guitarist for some of the biggest headlining rock bands in the world such as ROB ZOMBIE and MARILYN MANSON, as well as playing session with Paul Stanley, Rod Stewart, LYNYRD SKYNYRD and more. Slash has called John 5 «one of the most mind-blowing guitarists around,» and Rob Zombie has dubbed him «a fucking shredder.» John 5 has released ten solo albums to date, as well as a remix album, and has written music for the likes of Avril Lavigne, GARBAGE, Ricky Martin and others. 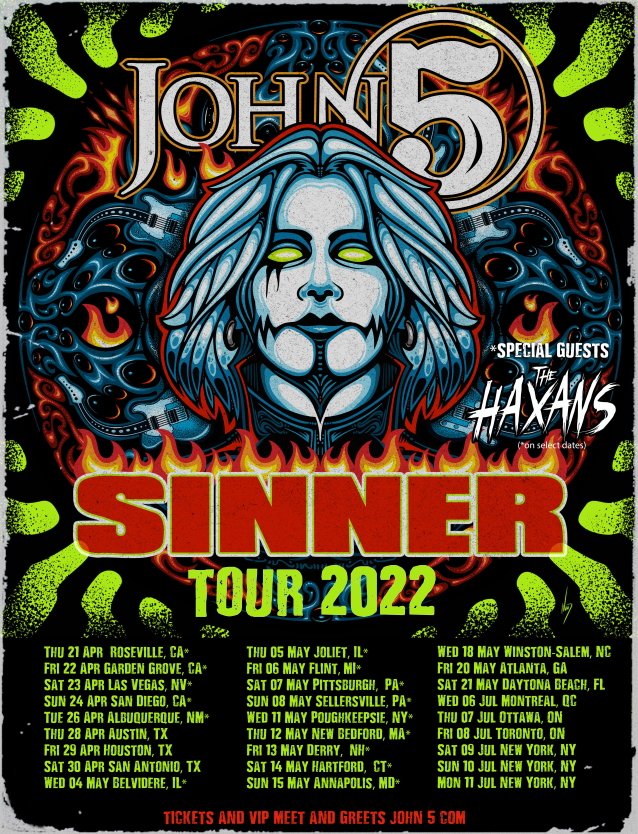