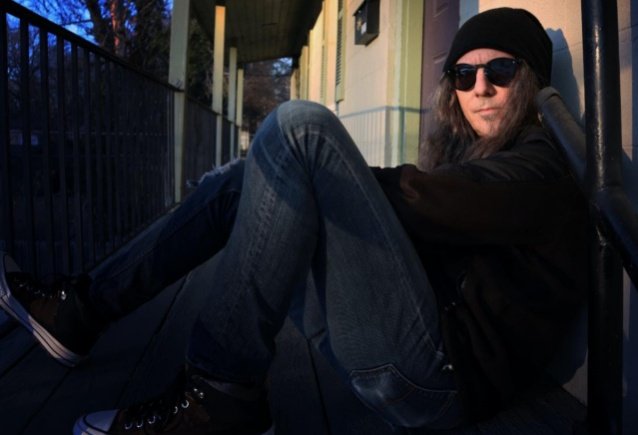 On the heels of the announcement of his 11th solo album «Shades», acclaimed KING’S X guitarist, songwriter, and co-vocalist Ty Tabor has released the album’s first single, «Sister Genocide». The dynamic, mid-tempo rocker opens with a crash, and blooms with the help of Ty‘s heavy rhythms and tasteful solos. Originally slated for a future KING’S X release, «Sister Genocide» is a heavy, driving track that lays the foundation of what «Shades» has to offer, and is just one of the many colors on Ty‘s palette on his latest solo offering. The lyric video for «Sister Genocide» was created by Wayne Joyner and can be seen below.

«Shades» will arrive on March 4 via Rat Pak Records. The album features 10 brand new songs with three bonus tracks and follows the successful release of 2018’s «Alien Beans». «Shades» is available for preorder in various configurations, including CD, vinyl and digital download.

«When it comes to what I write for solo material, I don’t really think about bands or anything like that. These new songs explore different sides of life and death,» Ty explains. «I was dealing with the recent loss of my dad when some of this was written. There are lighter moments mixed in to keep it from being too focused on loss or sadness. I also resurrected a couple of old ideas that weren’t ready until now. I just write music that makes me happy, and I’ve ended up with an album I really love!»

From the opening chords of «Come Home», it is clear that Tabor‘s trademark guitar tone lays the bedrock for his latest solo release. Ty tackles a wide array of emotions and topics with layered harmonies, hooky pop sensibilities, and the total riffage that remains a crucial ingredient to the KING’S X sound. Songs like «What You’re Thinking», «One Drop Of Water» and «Doesn’t Linger» show Ty‘s penchant for crafting tunes with tremendous melodies, while songs like «Shallow» and «Your Fantasy» trend heavy and exemplify why Ty is one of the most influential guitarists of the last three decades.