SAMMY HAGAR Says Meaning Of His Classic Song 'I Can't Drive 55' Has Changed Over The Years | SoundPark music community! 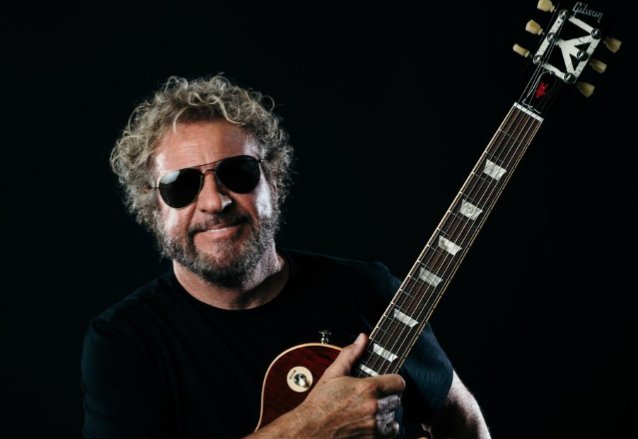 While promoting his critically acclaimed Las Vegas Strip residency «Sammy Hagar & Friends», Sammy Hagar spoke to Fox5 KVVU-TV about the inspiration for his classic song «I Can’t Drive 55». He said (as transcribed by BLABBERMOUTH.NET): «Listen, it’s stood the test of time. It’s been around long enough where it came back around to have a whole new meaning — like all great songs do. [Laughs]

«Originally it was a protest song about that I didn’t wanna go — when they lowered the speed limit — and now it’s a protest song that I can’t get where I’m going; I’m always late,» he explained.

Sammy wrote the song in response to receiving a speeding ticket in New York State for driving 62 miles per hour on a road with a 55 miles-per-hour speed limit, which was the highest permissible speed limit in the United States at the time due to the National Maximum Speed Law enacted in 1974.

In a 1994 interview on the show «In The Studio», Hagar said about how he wrote «I Can’t Drive 55»: «I was in a rent-a-car that wouldn’t go much faster than 55 miles an hour. I was on my way back from Africa. I did a safari for three months throughout Africa. A really great vacation after [1982’s] ‘Three Lock Box’. I was traveling for 24 hours, I got to New York City, changed planes, Albany, New York. Got in a rent-a-car. Had a place in Lake Placid at the time, a little log cabin. I used to go there and write with my little boy. Aaron, at that time, went to North Country school when I was on tour. I would go there and see him. It was a really cool getaway. But it took two and a half hours to drive there from Albany. And I was driving from Albany, New York at 2:00 in the morning, burnt from all the travel. Cop stopped me for doing 62 on a four-lane road when there was no one else in sight. Then the guy gave me a ticket. I was doing 62. And he said, ‘We give tickets around here for over 60.’ And I said, ‘I can’t drive 55.’ I grabbed a paper and a pen, and I swear the guy was writing the ticket and I was writing the lyrics. I got to Lake Placid, I had a guitar set-up there. And I wrote that song there on the spot.»

The «I Can’t Drive 55» music video was directed by Gil Bettman and was shot on location at the Saugus Speedway in Santa Clarita, California.