AMON AMARTH Releases Ode To Epic Viking Row With New Single 'Put Your Back Into The Oar' | SoundPark music community! 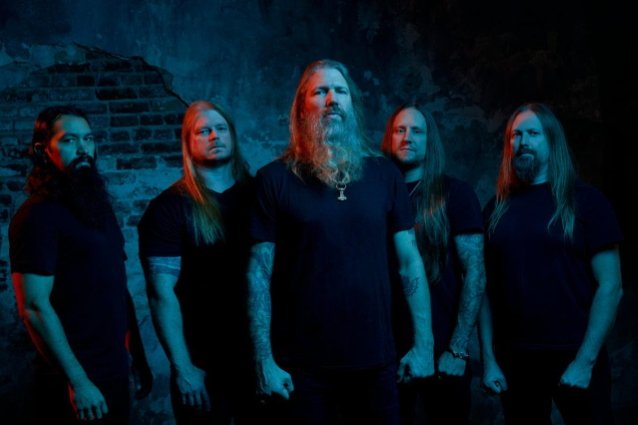 Acclaimed Viking overlords and modern masters of heavy metal AMON AMARTH have today revealed their brand new, pulverizing single «Put Your Back Into The Oar», an ode to the epic Viking row. The standalone single was recorded and mixed in January 2021 at Fascination Street Studios in Sweden with producer Jens Bogren. Released via the band’s own label Victorious Music, the track was exclusively premiered on SiriusXM‘s Liquid Metal yesterday and was subsequently played every hour throughout the day. Find «Put Your Back Into The Oar» on streaming platforms and watch the accompanying music video below.

AMON AMARTH comments: «We’ve been quiet over the last two years, but we’ve been at home in Sweden hard at work behind the scenes.

«Much has been said about fans coming to our shows to have fun and doing the ‘epic Viking row.’ Well we thought it was a good idea to write a
song about it!

«This one is for you, the fans, wherever you are — and may Odin guide you as you row to your destiny in uncharted seas! Enjoy the song and video while we continue to work on a new album. We can’t wait to see all you heathens soon.»

The «Put Your Back Into The Oar» video was shot in England over three days in October 2021. The atmospheric, cinematic clip was produced by Twin V and directed by Ryan MackFall at Crashburn Media.

In conjunction with this epic new song, AMON AMARTH has also announced the release of a limited-edition 12-inch picture disc and a range of special merchandise available from the band’s Victorious Merch store and EMP.

AMON AMARTH will team up with MACHINE HEAD for the «Vikings And Lionhearts» co-headlining European arena tour in September and October.

AMON AMARTH‘s latest album, «Berserker», was released in May 2019 via Metal Blade Records. The disc was recorded at Sphere Studios in North Hollywood, California with producer Jay Ruston, who has previously worked with ANTHRAX, STEEL PANTHER, URIAH HEEP and STONE SOUR.

AMON AMARTH stands tall and unassailable: 30 years into a career that has seen them evolve from humble origins in the dark, dank rehearsal rooms of their native Tumba to their current status as explosive festival headliners and one of the metal world’s most widely adored bands.

Formed in 1992, AMON AMARTH became modern metal greats the hard way. Ruthlessly dedicated to creating new music and taking it out on the road, the Swedes steadily built a formidable reputation as a ferocious live band and, as the years passed, were increasingly recognized for their recorded achievements too. Since the dawn of the millennium, AMON AMARTH has been unstoppable.

Breakthrough releases like 2006’s «With Oden On Our Side» and its now-legendary follow-up, 2008’s «Twilight Of The Thunder God» further cemented their popularity throughout the metal world, while the band’s stage show evolved with each successive tour, transforming into one of modern metal’s truly great spectacles. «Berserker» brought with it an epic, history-making trek across North America with fellow Swedes ARCH ENEMY, AT THE GATES and GRAND MAGUS and saw multiple sell-outs.