PAPA ROACH vocalist Jacoby Shaddix spoke to U.K.’s Rock Sound about the inspiration for the title of the band’s upcoming album, «Ego Trip». The effort will be released on April 8 via New Noize Records in partnership with ADA Worldwide (WMG‘s independent label and artist services arm).

«This album essentially is a journey through the ego, a wrestling match of the ego of my higher self and my lower self,» Jacoby said (as transcribed by BLABBERMOUTH.NET). «And I’m always challenging myself to try to become a better person — treat myself better, treat other people better, put other people first, but I’ve got this part of me that’s selfish and self-centered and self-seeking. And it’s that wrestling match with the ego — it’s, like, who’s in control right now? Is it my higher self, my more humble, spiritual, loving, compassionate self or is it my dark self-seeking version of myself. And we all have that. And I found that to progress in my life, I’ve gotta smash the ego — I have to. Because when I’m out there thinking my shit don’t stink and the world should bow down before me, my life turns to shambles; it don’t work for me. I don’t operate well in that dynamic. So, PAPA ROACH, we’re on an ego trip.

«We went out and all guns blazing, a hundred and fifty miles an hour towards a cinderblock wall and we bashed our heads into it repeatedly,» he continued. «And that was our lifestyle for some years — just a lot of wreckage and damage and pain, self-inflicted pain, relationship issues.

«It’s almost like this album, the title seems so egotistical, so cocky, but it’s anti that, honestly. There’s this self-awareness that I’ve come to in my life that I’m always challenging myself to rise to the occasion.»

The seeds of «Ego Trip» were planted when the quartet entered a COVID-secure mansion in Temecula, California in the summer of 2020. What started as an escape and an exercise in keeping the creative juices flowing, in a world that had completely ground to a halt, quickly grew into something bigger. Purposeful, provocative, and just the right side of the line between confident and cocky, «Ego Trip» is PAPA ROACH — completed by guitarist Jerry Horton, bassist Tobin Esperance and drummer Tony Palermo — at its boldest and most brilliant.

PAPA ROACH‘s last album, «Who Do You Trust?», was released in January 2019. The disc was produced by Colin «Doc» Brittain and Nick Furlong except for the song «Top Of The World», which was helmed by Jason Evigan. 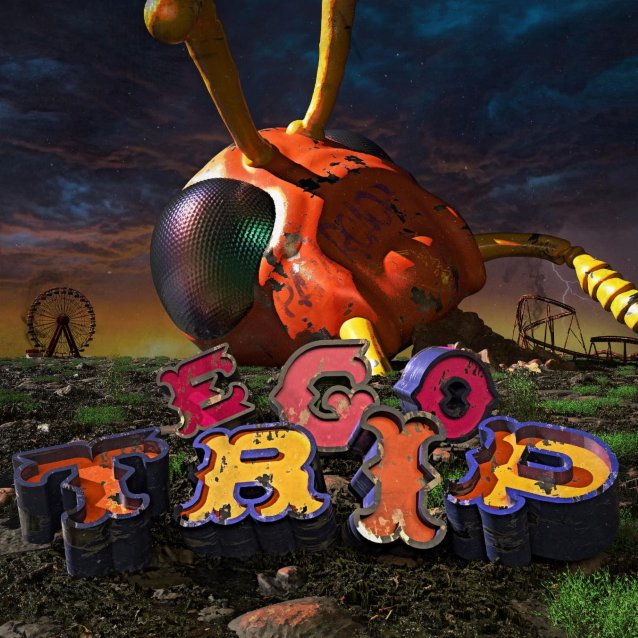