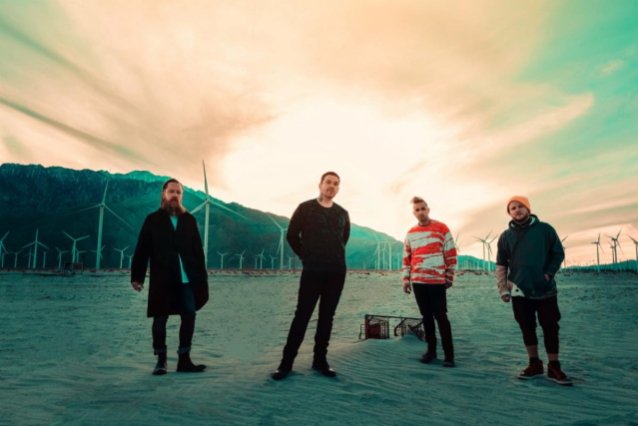 SHINEDOWN will celebrate the arrival of its new studio album, «Planet Zero», with a free Veeps global livestream of their record-release-day event on July 1. Taking place at Daddy Kool Records in St. Petersburg, Florida, beginning at 3 p.m. EST, SHINEDOWN will perform a ticketed free outdoor show followed by a celebration and signing in-store with fans.

Please visit the event page here to get access to the free ticket to this special release-day livestream experience, which will be shared with fans worldwide by Veeps, a premium concert streaming platform launched by Joel and Benji Madden and part of Live Nation Entertainment.

Fans who would like to attend the performance in-person at Daddy Kool Records can claim a free ticket here. The first 500 people to pre-order «Planet Zero» on exclusive clear LP/CD and select in-store pick-up as the shipping option here will be guaranteed entry to the in-store signing (which is separate from the performance ticket). The albums will be distributed in store at the signing following the show.

Earlier this month, SHINEDOWN released a soaring and poignant anthem, «Daylight». The track is the latest addition to a catalog that has earned the SHINEDOWN members recognition for their timely and relevant messages behind their chart-topping hits that resonate with not only their global audience and the rock community, but the greater public and our culture at large. With more than 6.5 billion global streams, the record for the most mainstream rock No. 1 hits ever, platinum or gold certification for all their albums, and major media praise, SHINEDOWN has cemented their status as one of the most vital and forward-thinking powerhouses in music.

«Planet Zero»‘s previously released lead single «Planet Zero» and album track «The Saints Of Violence And Innuendo» introduced an album that is an incisive yet optimistic look at the fractures and frays of a society that has undergone many challenges in the last few years, seeing SHINEDOWN take on the forces that are keeping us divided at a time when we need to be coming together. The high-concept, viscerally charged album, produced by SHINEDOWN‘s Eric Bass, takes a hard look at the divisiveness among those of differing ideologies, cancel culture ran rampant, the toxicity of social media, the need for honesty in our public discourse, and the corrosive effects of these things on mental health and humanity. A dystopian saga that warns of dangerous dehumanizing consequences, «Planet Zero» is a reminder that if we shut each other down, we risk losing empathy, respect for one another, and our ability to communicate and unify in a way that leads to actual progress and understanding. The album also shares hope, perseverance, triumph, and reminders that we all need one another, like on «Daylight». After all, it is the band’s impassioned striving for unity that has long been at the heart of their creative output.

The «Planet Zero» world tour (produced by Live Nation) begins in Bonner Springs, Kansas on September 3 with special guests JELLY ROLL and John Harvie, kicking off a U.S. run of fall shows that will see the record-breaking, chart-topping band bring their new music, No. 1 hits, fan favorites and biggest stage show yet to cities from coast to coast. The routing also includes festival performances at Louder Than Life on September 23 in Louisville, Kentucky and Aftershock on October 9 in Sacramento, California.

Two weeks ago, SHINEDOWN embarked on a Europe run of festival performances and select shows with IRON MAIDEN and will follow it by Canadian dates with special guests POP EVIL and AYRON JONES in July and August. 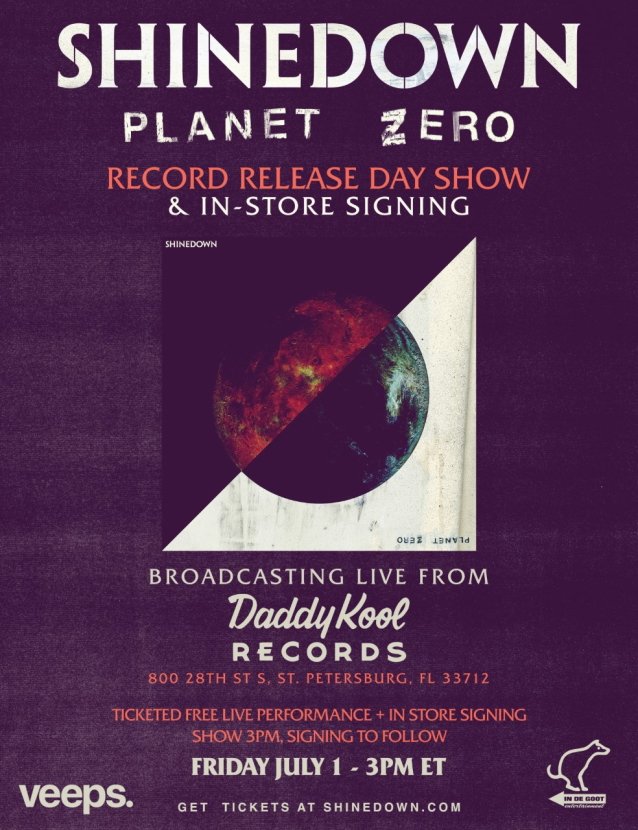